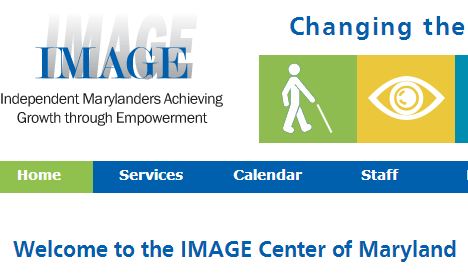 Michael Bullis, Executive Director of the IMAGE Center for people with Disabilities in Baltimore, is soliciting feedback from people with disabilities about how they put others at ease about their disability. Here’s his announcement:

Hello:
I?m the Executive Director of the IMAGE Center for people with Disabilities in Baltimore Maryland. We?re collecting information from people with disabilities, like ourselves, who have techniques they use to help people become comfortable with their disabilities.

I?m hoping that you might help us by telling us your techniques and by spreading the word about this project.

Just let us know. Some people raise questions about whether some technique or other is ?appropriate.? That is, something like using self deprecating humor. We understand there is controversy about some of these things but would prefer that everyone forget about that for a moment and just send along their methods of helping people become comfortable with disability.

We?ll collect everything and send it back out to the disability community. Our final goal is to develop this body of knowledge and use it with our students to help them master a series of techniques they are comfortable with when dealing with family members, friends or associates, and employers.

People can respond in one of two ways. Either send the information to me, Michael Bullis, mbullis@imagemd.org or comment on our wall on our facebook page at The Image Center for People with Disabilities.

If you?d like to send videos, that?s fine as well.
Thanks to everyone for your help.
Michael Bullis
The IMAGE Center,
Towson Maryland
410-982-6311

My expectations are almost always met.