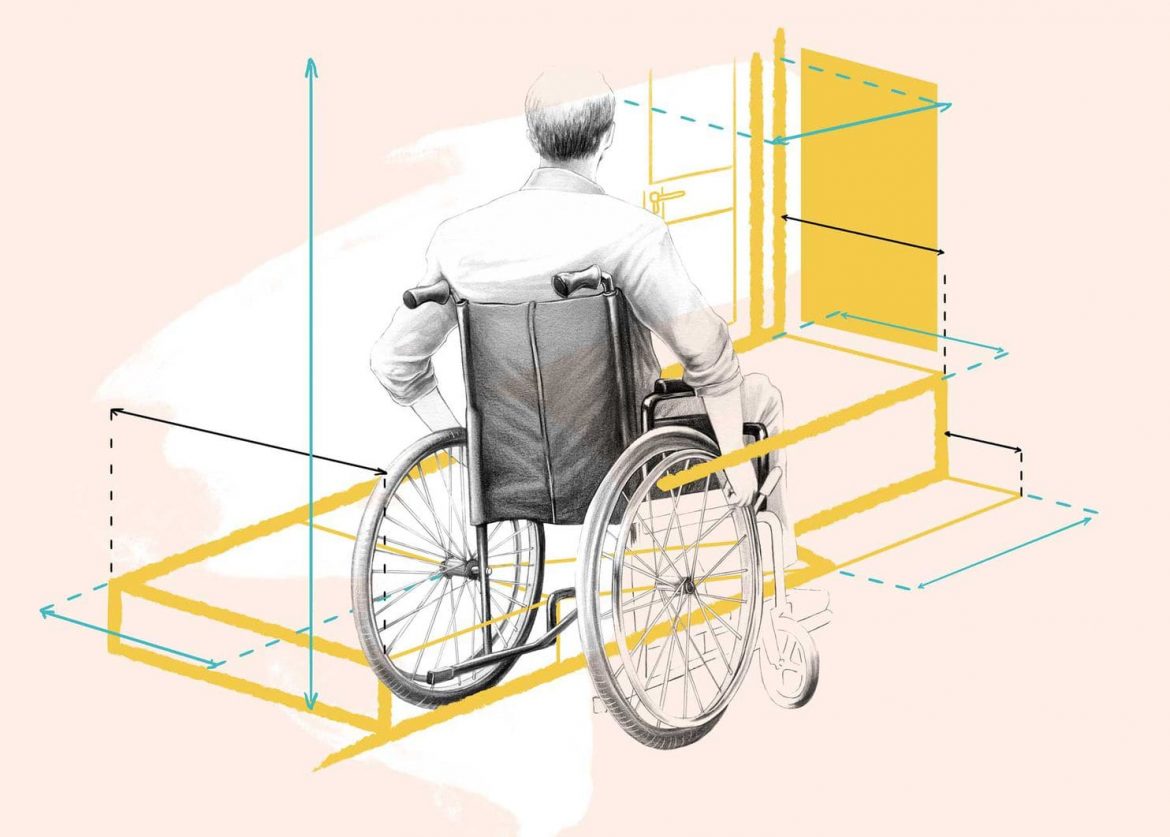 There are two good recent articles in the Washington Post about restaurant accessibility.

In the first, food critic Tom Sietsema pledges to start including accessibility information in his reviews:

Never mind what’s on the menu. A number of readers have told me my reviews would be more helpful if I let them know whether they can simply get through the door…One of the reasons I haven’t included accessibility before now is my desire to remain as anonymous as possible. Wouldn’t a guy using a tape measure here and there draw unwanted attention? Ultimately, the facts outweigh the cons. More than 70,000 Washingtonians live with a disability, a figure that doesn’t include commuters and tourists, according to a guide developed by the American Association of People With Disabilities.

I’ve written (fruitlessly) to the editor of our local paper asking that reviews include access information—it hadn’t occurred to me to actually ask for measurements, merely a note saying whether the restaurant itself claims that it’s accessible.

In the second, Joyce Cohen points out that there are other access issues besides steps and narrow doorways:

Under Title III of the Americans With Disabilities Act, restaurants — as places of public accommodation — must accommodate disabilities. But what if the disability is a hearing impairment, and the request is for a lower volume? On this issue, the law has largely remained silent.

Hard-of-hearing diners report a vast range of responses when they seek softer music or quieter seating. Sometimes the music is turned down or off, and sometimes it isn’t. Sometimes it is even turned up. Maybe the volume is declared unchangeable, set by corporate overseers. Or there’s no available seating far from the clattering kitchen, the droning ventilation, the hearty partyers.