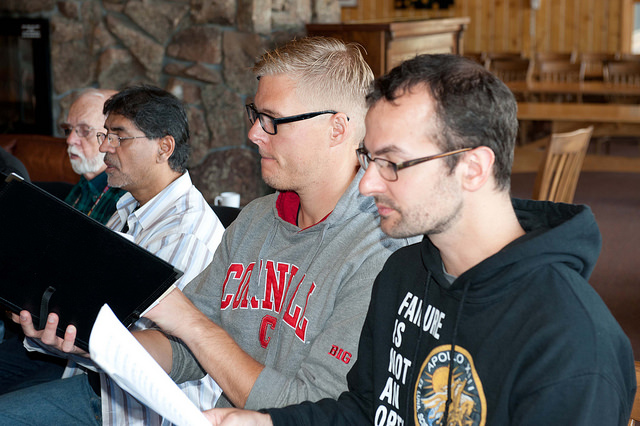 The iPad is working well in rehearsal! I brought all of my paper music with me for 3 rehearsals in a row, but have stopped doing that. The first rehearsal I discovered that for one piece, I only had the even numbered pages, but that was easily fixed.

Annotating the music in real time takes some practice. In order to get accurate markings, I usually zoom way in on the score. I haven’t found that a stylus is any more accurate than my finger.

So far I’ve remembered to put the tablet on charge the day of rehearsal, and battery life has not been an issue. Prior to each rehearsal, I mute all sounds, and set orientation lock to portrait (so that the scores don’t suddenly flip to landscape when I move the iPad).