A Tale of Three Meals

brokenclay.org/journal > Travel with a Disability > Trip Reports > A Tale of Three Meals 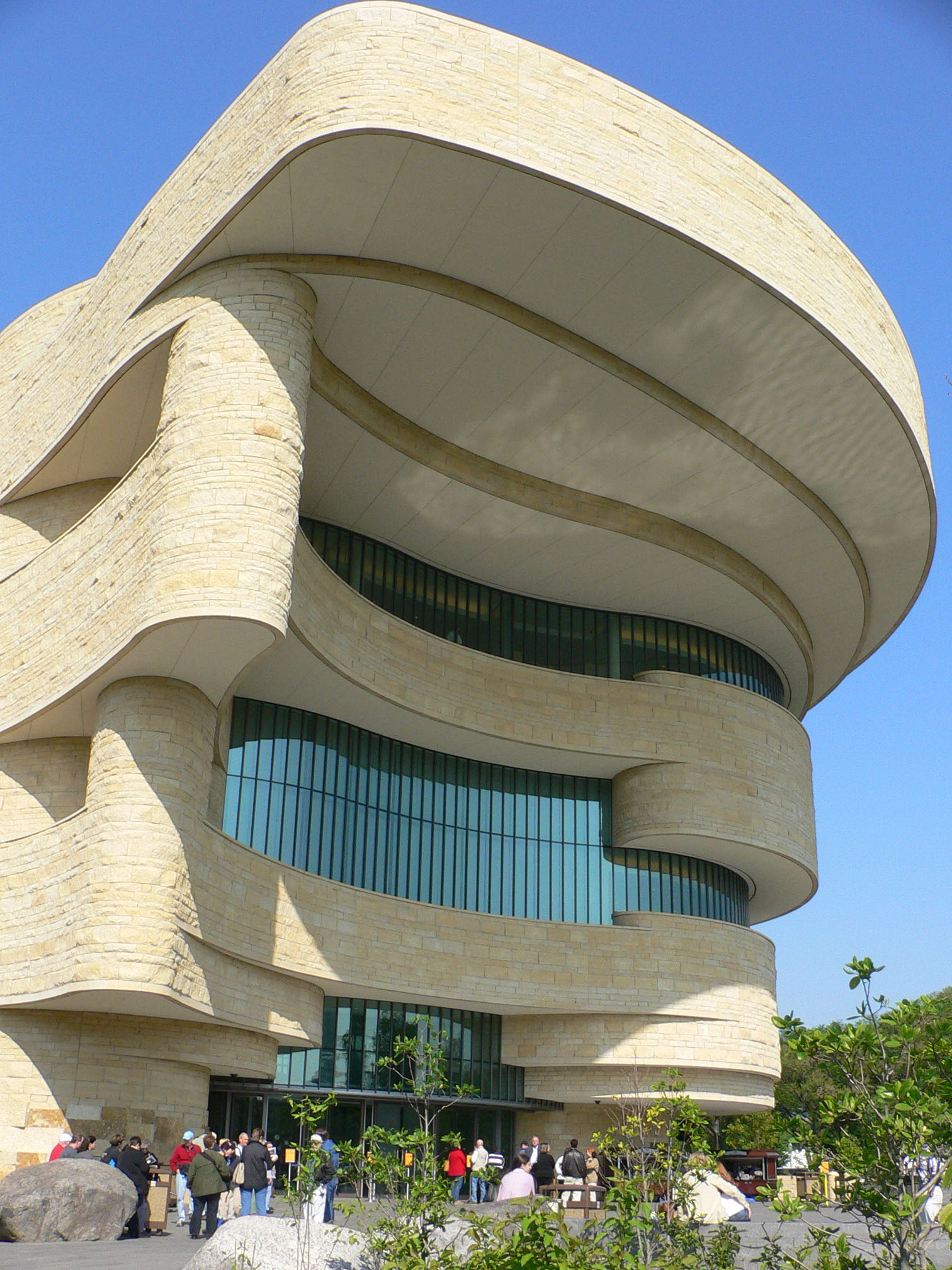 On Thursday, we visited the Smithsonian Museum of the American Indian, which is new since we lived in the area. Beautiful architecture – it reminded us of the cliff dwellings as we approached, which I’m sure was the intent. We had enough time to see about 2 and a half of the exhibits, which were very interesting, and focused on modern Native life more than the historical record. We found two elements of the museum challenging – the lighting is very low, presumably to protect the artifacts, so it’s hard to actually see them well, and the exhibits are very audio-rich. As you move from spot to spot in each exhibit, you hear voices in both English and Native languages telling you things. After a while, that got very fatiguing.

The cafeteria was recommended to us as the best in the Smithsonian complex, so we had lunch there. It features seasonal food from many different Native nations. We had a lamb/sweet potato/corn pie, lentils with chorizo and kale with bacon. Portions were huge, tasty and quite expensive, and I’m afraid to say that I ate it all because I couldn’t bring myself to throw $10 in the trash can. I would have loved to try the Northwest salmon dishes and the several varieties of Central and South American foods as well.

On Friday evening we were joined by another couple for dinner at L’Auberge Chez Francois in Great Falls, Virginia. Chez Francois is an old-fashioned Alsatian restaurant with a soup to nuts menu that takes about 4 hours to get through. It’s exquisitely paced and served so you don’t feel stuffed, but you’ve absorbed way more calories than any one meal should contain. I had a roquefort cheese/apple tart appetizer, tomato salad, trout and crabmeat almondine, and plum tart with cinnamon ice cream. Throw in the amuse bouche (an onion tart), the palate cleanser (orange sorbet), the wine (we murdered two bottles of Pouilly Fuisse) and the surprise anniversary dessert (yes, another dessert, chocolate ice cream with meringue, whipped cream and fruit) and the total doesn’t bear thinking about it. On reflection I wish I had gone for something more signature than the trout – they do an excellent beef wellington, which you don’t find anywhere anymore, and several different fish en croute.

On Saturday evening we went to the reunion. The meal served there (at the Collingwood Library and Museum on Americanism (!)) was the absolute stereotype of a rubber chicken banquet dinner – we were practically rolling with laughter at the inedible green beans, tough beef, tasteless rolls, etc. I ate my small salad (left the croutons), my tilapia, and two little carrot sticks. I had no trouble leaving the green beans, potatoes, and the bizarre sauce served over the fish that had congealed into some sort of rubber creamed spinach pancake (I was able to peel it off the fish with my fork, absolutely intact). Despite the meal, the reunion was very sweet, and I know my husband enjoyed it. I was the youngest woman in the room, and got several nice compliments (including having one wife, who had had quite a bit to drink, slap my hand as I turned to her husband, saying “Don’t look at him! You’re too pretty!”).

On the accessibility front, both our flights were trouble free, and every place we visited (including the Metro to get there) was accessible. The hotel, however, has a bed height problem. The beds were about 34 inches high, and despite my amazing triceps, I cannot haul myself up through almost a foot of vertical space onto a squishy mattress. According to the hotel staff, they are “required” to have these high beds (in the accessible rooms only! The regular rooms have normal beds) by county code. Needless to say, neither the Howard County Code, the Maryland Accessibility Code, nor the ADA Accessibility Guidelines for Buildings and Facilities (ADAAG) say peep about bed heights. The ADAAG does specify that beds in prisons must be between 17 and 19 inches high, to allow for safe transfers. I put up with it since I had a husband with me to sling me up into the bed, but obviously I wouldn’t stay there again as a solo traveler. The general manager subsequently assured me that I wouldn’t find another hotel in Maryland with lower beds in the accessible rooms, but I’m inclined to doubt that statement, too.